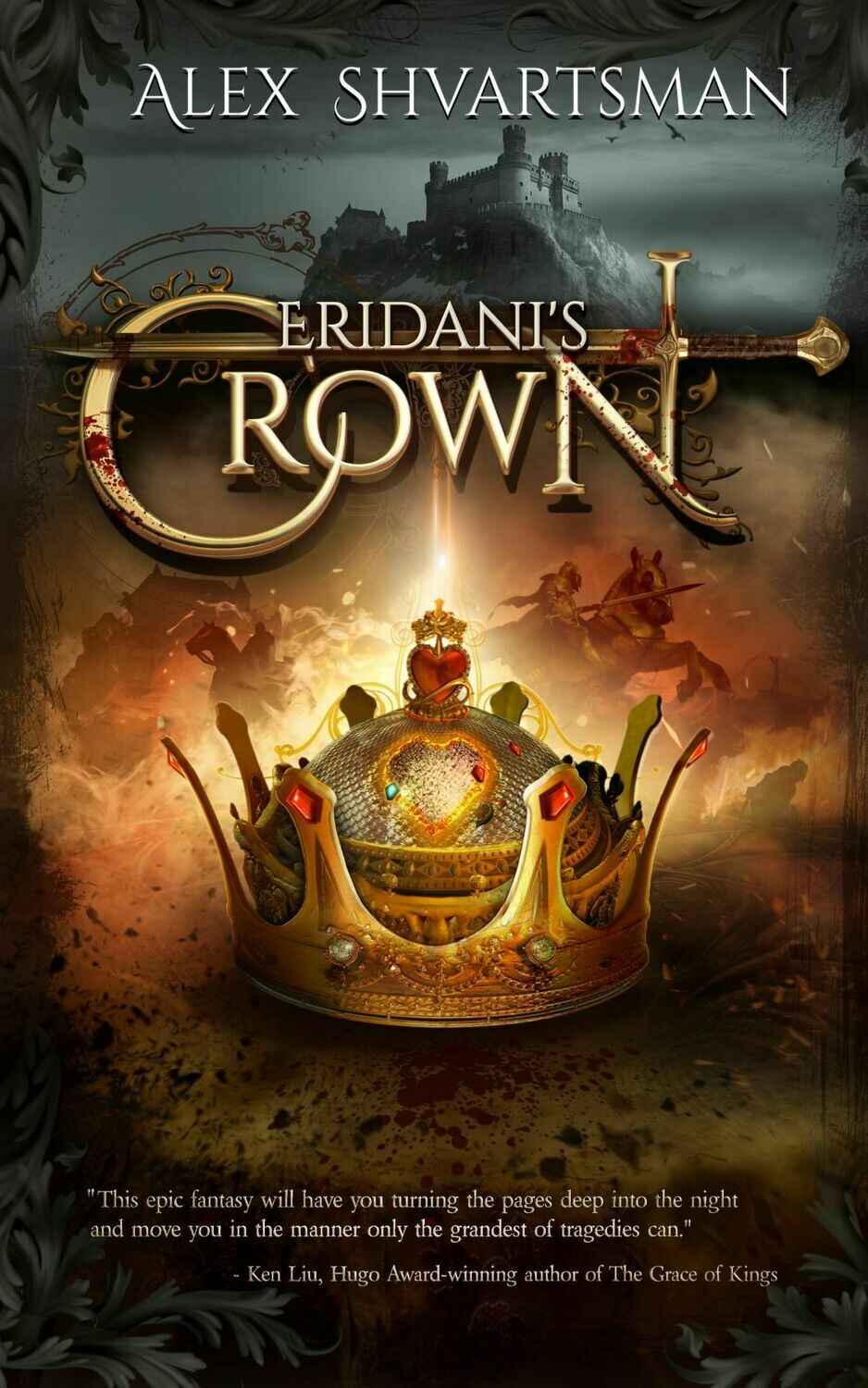 Includes e-book at no extra charge.

CURSED BY PROPHECY. CORRUPTED BY POWER.

When Eridani's parents are murdered and their kingdom is seized by a traitorous duke, she plans to run. After she suffers yet another unendurable loss, the lure of revenge pulls her back.

Eridani's brilliance as a strategist offers her a path to vengeance and the throne, but success may mean becoming everything she hates. To survive, she must sway religious zealots, outwit ambitious politicians, and confront bloodthirsty warlords, all with few allies and fewer resources. Yet the most menacing obstacle she must overcome is the prophecy uttered by a powerful sorceress:

Everyone you know and trust will come to betray you.

With a world as intricate as the titular magical artifact and a cast of characters as morally complex as figures from real history, Eridani’s Crown is a nuanced examination of the drive to acquire power and its distorting influence on our ideals. This epic fantasy will have you turning the pages deep into the night and move you in the manner only the grandest of tragedies can.

— Ken Liu, Hugo Award-winning author of The Grace of Kings

I loved this smoothly written story of an intelligent, resourceful young royal who has to grow up fast after treachery and tragedy put her in mortal danger. Eridani must summon all her courage and cunning, as well as some newfound ruthlessness, to survive and steer her own fate. Action, intrigue, personal conflicts, and plot reversals will keep you turning the pages of this tightly-woven tale.

Full of complicated characters and moral ambiguity, Eridani's Crown is a fascinating and haunting exploration of one woman's quest for power. Shvartsman gives us a compelling and nuanced look at the tragedy of Eridani's success that will keep you riveted.

A gripping tale of empire and conquest and the crumbling of good intentions in the pursuit of power. Shvartsman takes all your expectations and turns them on their head.

Neither grimdark nor heroic, Eridani's Crown is a unique mix, with just as much heart as it has pitiless depiction of human failings and foibles.

Save this product for later